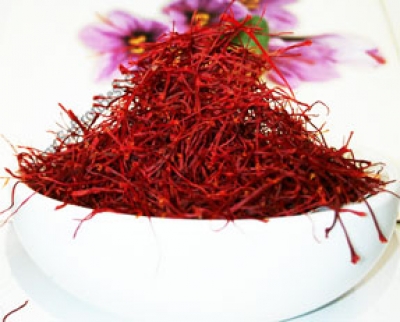 1. Mainly Ghayen and Birjand rural area use infusion Saffron like tea and hosting the guest by this prized drink. Iranian Saffron tea is usually common on harvesting seasons.

2. In ancient time Saffron was known as holy plant and utilizing in religious ceremonies by Jewish leaders for the god, although before Saffron been known as the spice and drug used as the color for written down the holy books, according to the non-stability of Saffron color written with it became obsolete? Finally Saffron color is use for cotton and silk coloration ,yarn or silk will be boil with the hot water and in the next step Saffron add to it ,if they wants to turn it to green some indigo color would be add to it and then they’ll wash it again.

Properties and implication of saffron:

According to the scientist researches, Corm of saffron contains, Glucose sparse acid, glutamic acid, glycine, alanine, arginine, lysine, histidine, praline and leucine.According to the  above discovery, saffron corm has 6 Amino acid from the 8th group of amino acids which are most required by human body and if nutritionist and scientist confirm this fact it becomes as a nutritional source in the near future and an income source for the farmers ..

Human In the past before production of artificial colors utilize natural colors rather than artificial ones in   foods, pharmaceuticals, and industries rather than natural colors.Thereafter gradually artificial colors replaced by natural colors and utilizing natural colors decreased, considering to this fact that using artificial colors are cause damage for human health, natural colors highlighted again.Saffron flowers include petals and sepals that usually after extracting stigmas are thrown away contains pigments that can be utilize in food .pharmaceuticals, confectionery beverages,in order to extracting  and purification of  saffron flower pigments,  one of the researchers ,managed  to invent condensate  essence by mincing  the saffron flowers and adding white alcohol , also the weight of  the achieved combination is equal to 7 percentage of flowers. According to the wide range of production saffron in Iran which is about 126 tones, it would be possible to gain 200 tone of colored substance, therefore it would be a new source of income for the farmers. 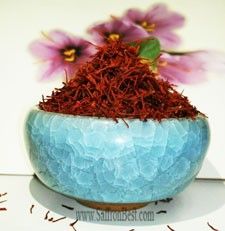